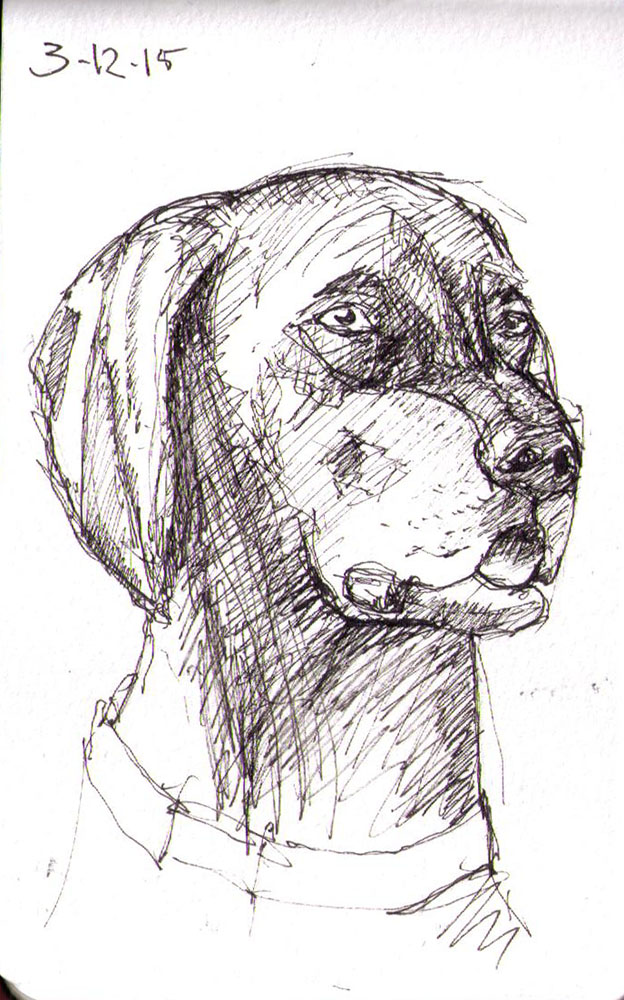 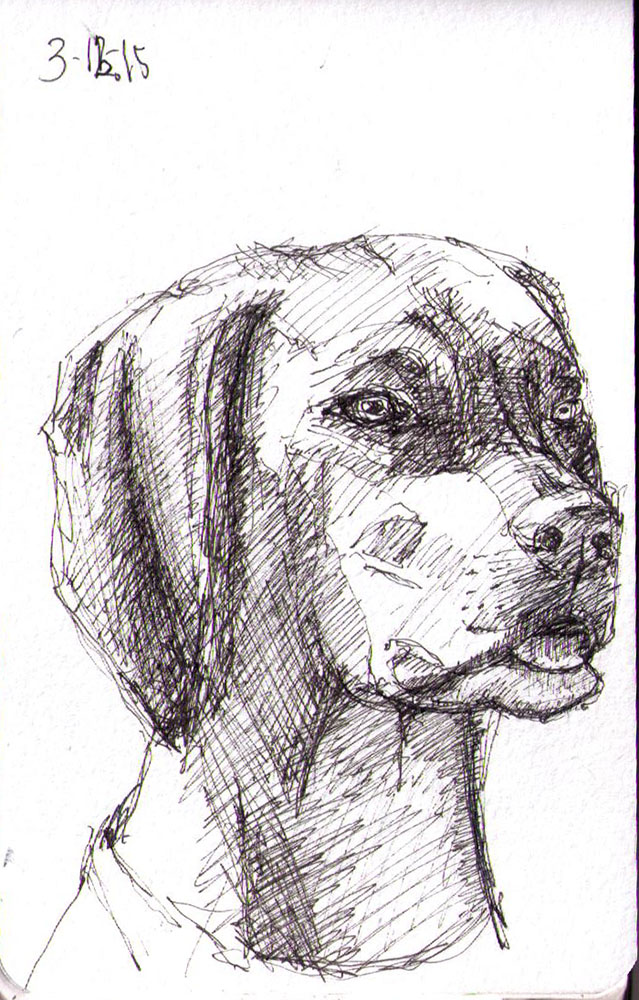 This dog, who’s called Dennis and who has his own blog at http://dennisthevizsla.com/ just does not want to be drawn! Or maybe he does, and it’s just me who can’t seem to make it work. I gave it two tries, and the sketches ended up out of proportion and also.. bizarrely human (?) both times. I think that it’s starting to dawn on me, that if something doesn’t work the first time, a second try rarely makes it any better.

Well maybe three is the charm?