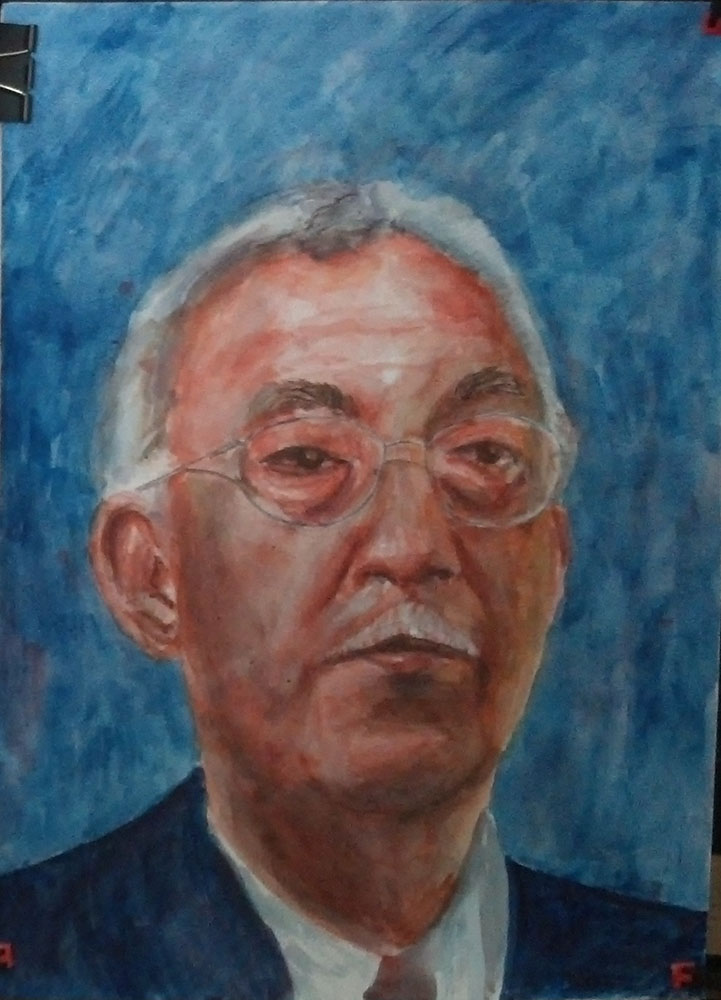 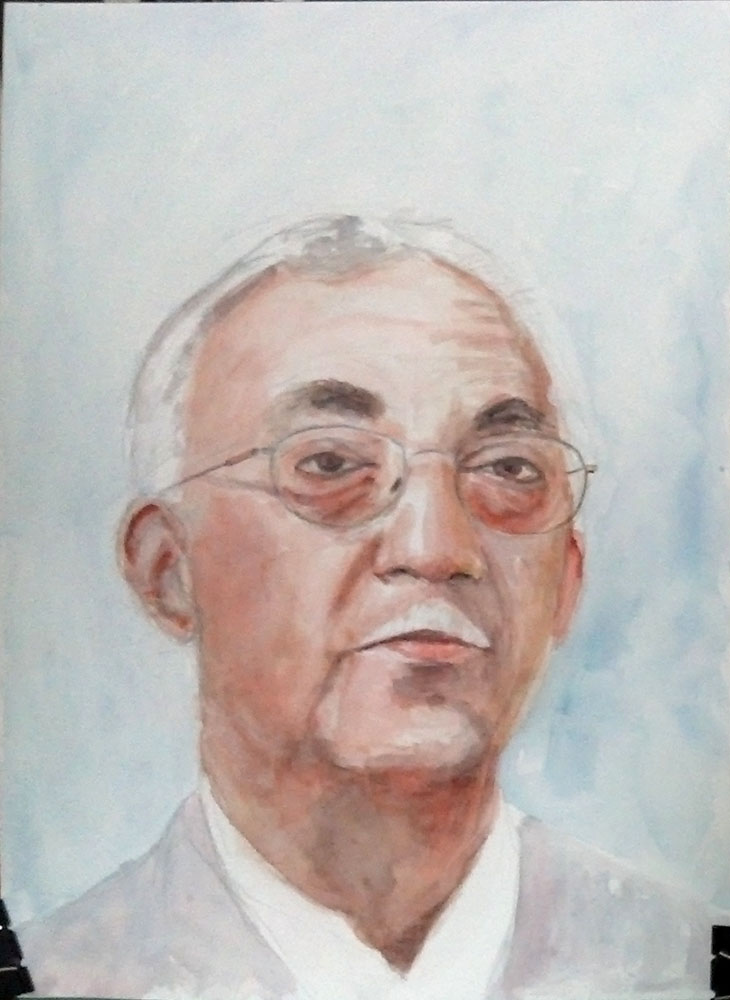 Hi everyone.
For once, this isn’t a cat drawing!
Almost three months ago, I did a watercolor portrait of Toke Talagi, the premier of the little island state Niue, far, far to the east of New Zealand. It’s among the smallest “countries” of the world with 1500 inhabitants. Some time after that, I got an email from the premier himself, asking for the original. Since it’s in one of my sketchbooks, I proposed to him that I do a bigger portrait on regular sheets on paper, and my first “commission” was landed. Arguably, I’m no pro, and watercolor is a tough medium that takes a lot of experience and skill. I have neither, but I’ve made a great effort in painting these, and I really hope he’ll be happy with them. In portraiture, there’s so much that needs to be “just right” in order for the picture to work, so it took me four attempts for me to come up with two portraits that looked enough like him. Click the links below to see attempt one and two

I’ll send the photos to Mr. Talagi to hear what he thinks, but I’d like to hear your opinions too. Since I already have done 4 big paintings, I’d prefer to not start over again, but if you have suggestions for slight improvements in these two, I’d like to hear them.
Personally I feel that the top one is a little too rich and over saturated in color, and the other one might be the contrary. They’re both a bit “messy”, but then again, the very first sketch-book painting that I did, and that he liked was much more so. The style is also quite a bit different and the likeness not really there. They’re in A3 sized paper, or 30×42 cm

these were done over several weeks, so you can’t really call them my 470’th and 471’th drawings (paintings) But I’ll just do it anyway 😉

EDIT: I think that the above photographs came out a little weird after editing them in photoshop. I’m just going to throw the raw photo inhere too: 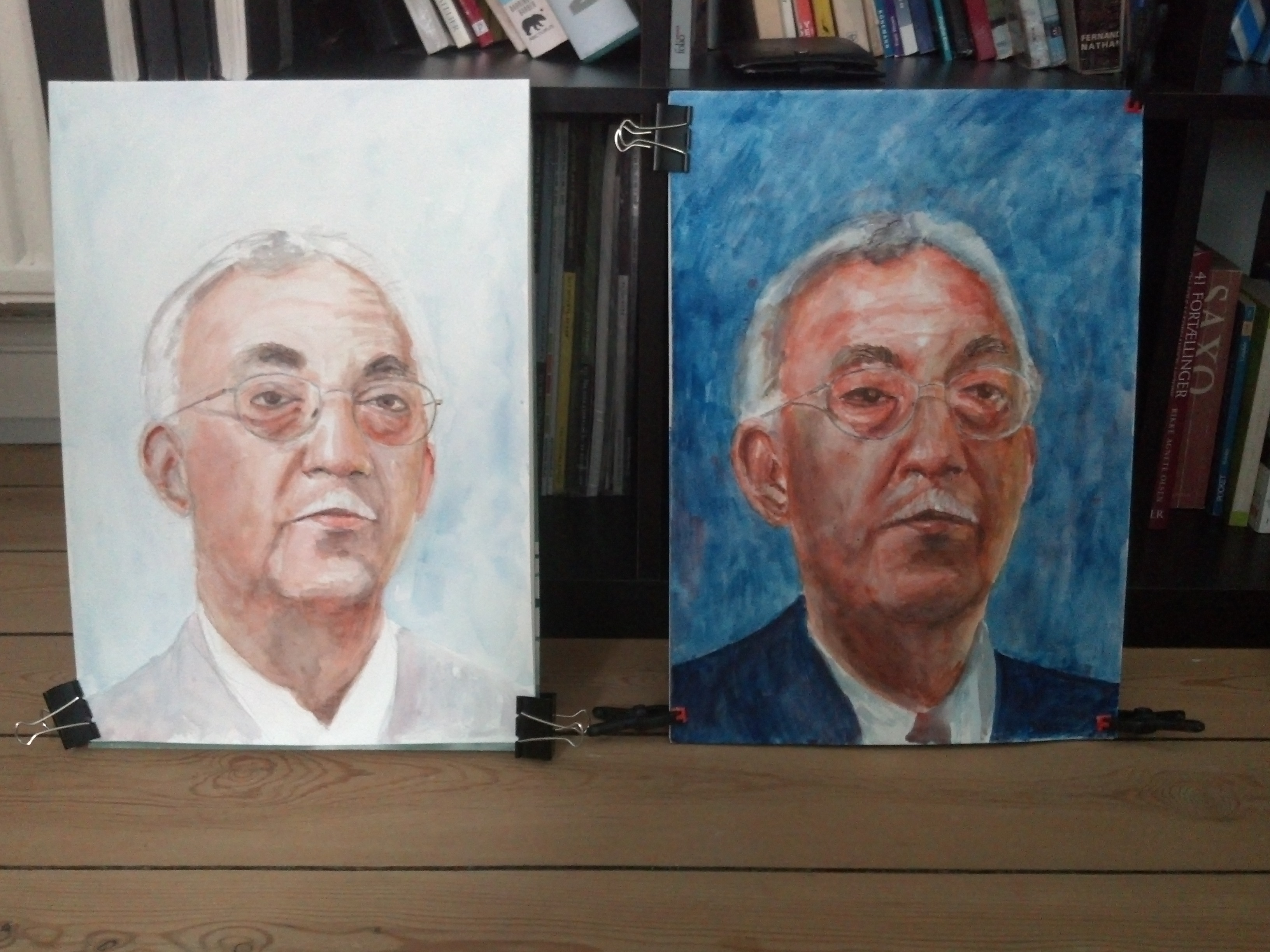 27 thoughts on “Two commissioned portraits of Toke Talagi in watercolor”