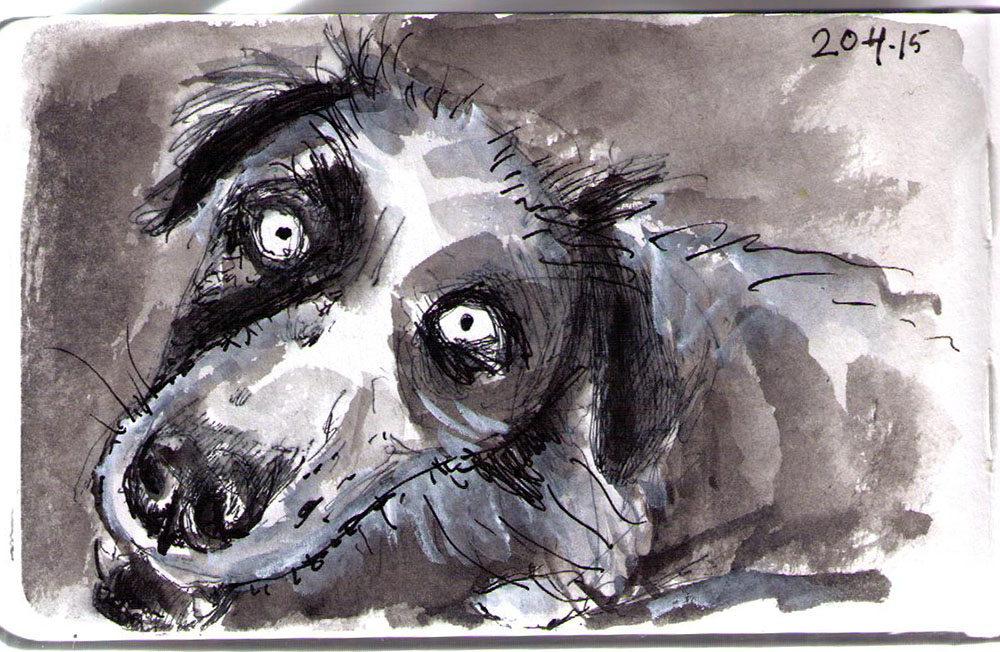 Well – it was supposed to be a dog called Fenris. I got a request from “Alasandra the cats & dogs” to do a drawing, and I picked the dog Fenris. It went all wrong! This crazy sketch is way off. The snout is too small and weirdly crooked and… Yeah.
I’m pretty happy about the sketch, though. But we can call it “crazy expressionist dog” instead of Fenris if you like 😉
Sometimes if you let go of the reference photo, it permits the drawing to become something else.

.. I may just do a real drawing of Fenris or another pal from his household at a later time!