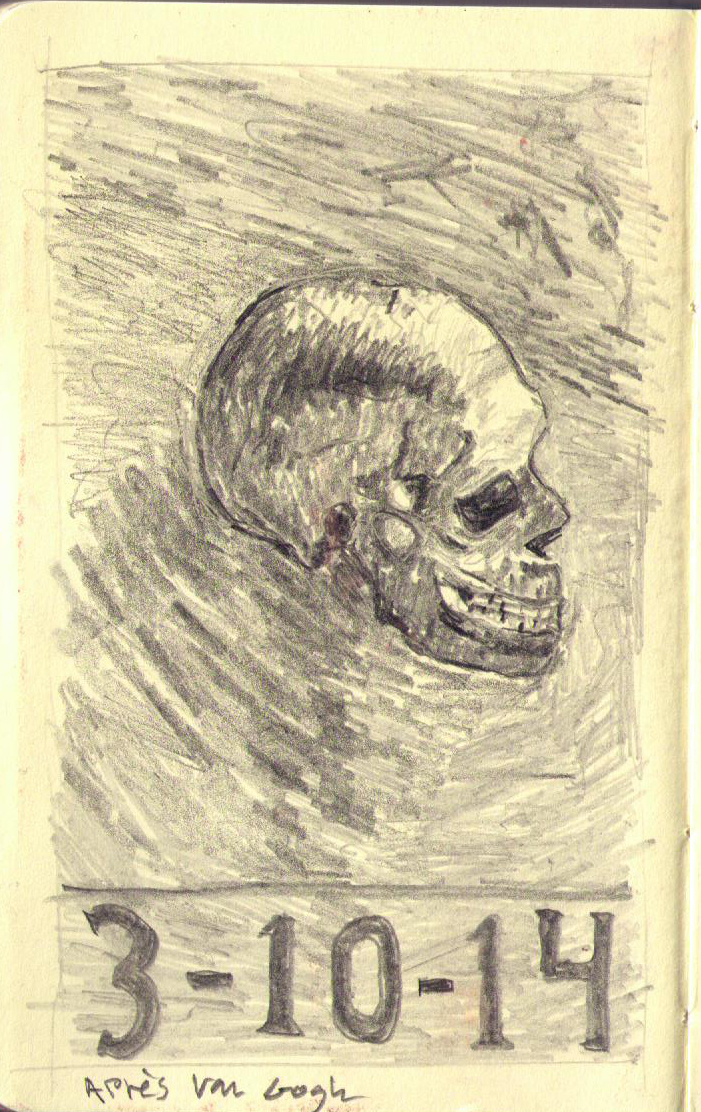 Despite the multitude of good things to draw, it can be hard to chose – especially with limited time each morning. This time i went for another Van Gogh still-life. A skull. I see now that the eye-hole in mine is much too small, and that it’s got a significant underbite, but other than that, I’m prette much OK with it.. When it came to the shadows, i should probably have been a little more attentive to Van Gogh’s method, though.

I realized that i drew the frame quite a lot bigger than the original, so i added the date it big, silly types.

My scanner makes the darker tones a little lighter, it would seem. I should probably have run it through photoshop, but I’m slightly in a hurry (as i am every morning)

I’m busy at school analysing an urban space for an excercise, so i can’t guarantee that i’ll put up anything else today – since i am leaving directly for my friday night-shift afterwards. Mayby, I can make the argument that we’ll need a finished perspective of the site where we’re working, but i don’t know.