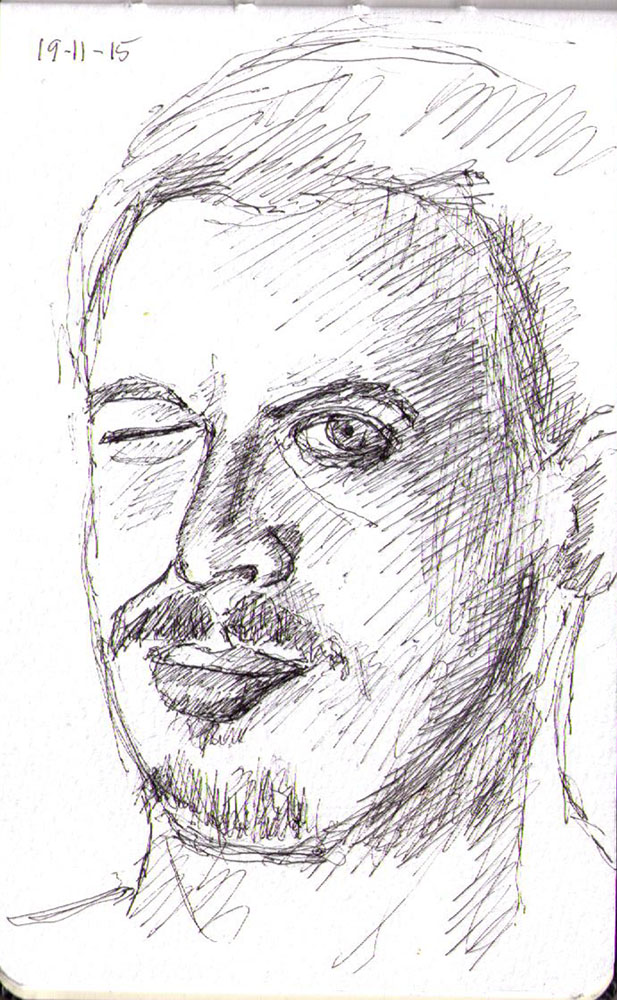 It’s been thousands upon thousands of years since I last did a self-portrait. I thought that it was due time than I cram one in there between all the cats. So here’s me with one eye closed. I used that same little make-up mirror that I picked up for this very purpose months ago, and it just isn’t big enough for my head. So it needs to be placed far away, and then I have to squint to see anything and so on and so forth.

The portrait is sketchy – as intended. It only took a few minutes, and I think it actually looks like me. Do I look tired? I am tired. People who know me always tend to disagree about my self-portraits, though. There’s something weird about drawing yourself in that way. At least it looks like a human being, which is reassuring since I would expect it to look more like a cat at this point.

I think that I’ll call it a day. See you tomorrow!