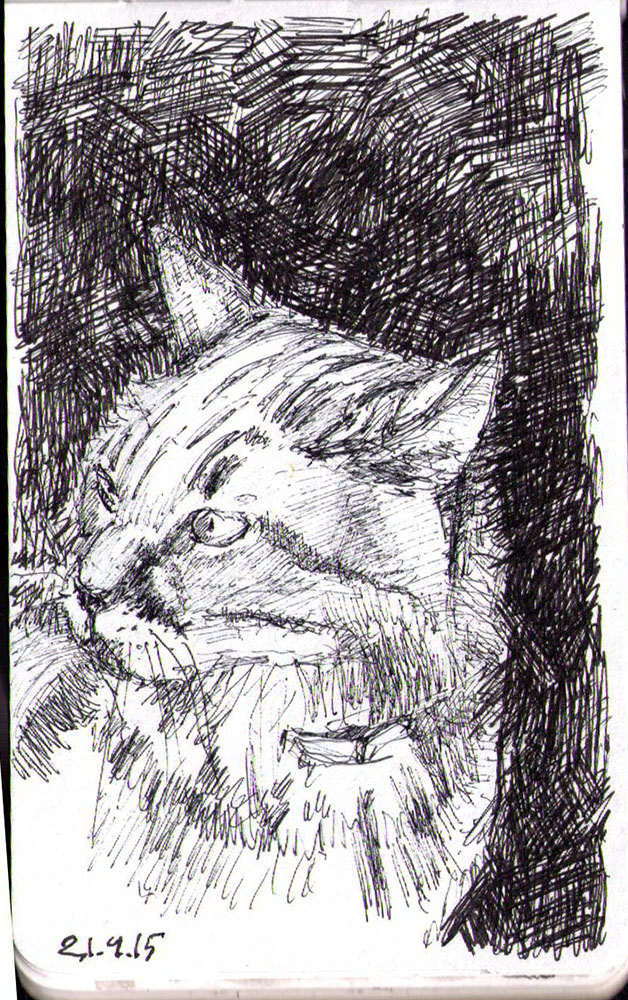 That cat is called Newton. He lives over at the blog “Cats Herd You” which is a statement that doesn’t surprise me a bit!

It’s hard to do a furry foreground with a dark background – the background somehow seems to “overlap” instead of being behind. I think that india ink for the background would have been better in this one.

Don’t forget to follow me on facebook, google+ and tumblr! I’m also obsessively happy about getting mentioned, featured, linked to on various blogs blips and blops!.. Or just getting shared on social media!

17 thoughts on “Sketch of Newton (the cat, not the scientist. Or is it a cat scientist?) in ballpoint pen”