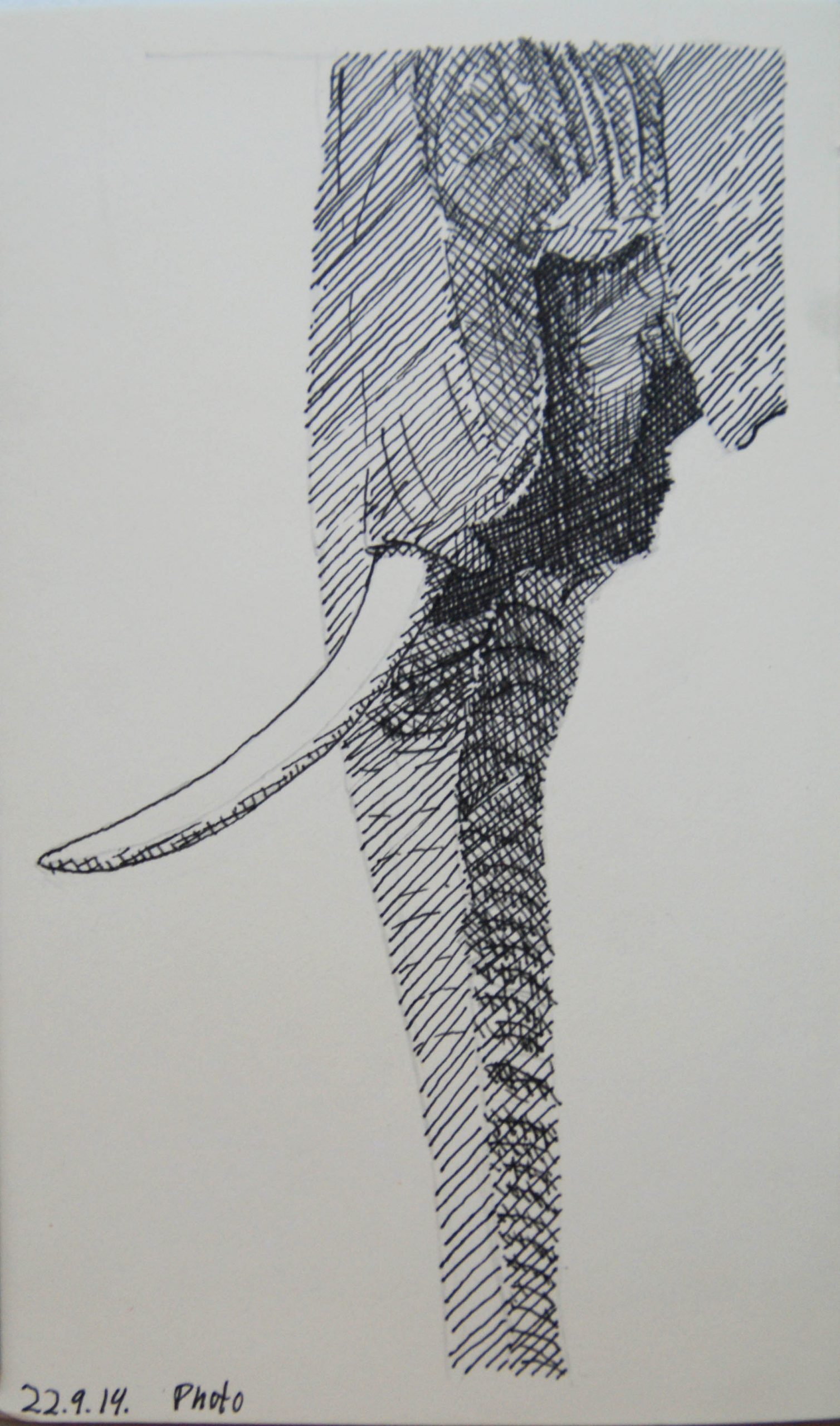 A few days ago, i stumbled upon the blog og RIK REIMERT. He had just posted some photos of an elephant that he was drawing very metecilously with a black pen. I have always sort of shyed away from using pens, stylos or other kind of materials that you have to be precise about. With a pencil, you can pass over the samme area multiple times until the fuzzyness of the multitude of lines begin to form a shape – when you put down your first black ink-stroke, hovever, there is no turning back.

Ultimately, I’d like to make nice, spontanous sketches with a pen – without needing to focus so much on not doing anything wrong.. RIK REIMERT elephants are very graphical and detailed, and it is definetly not a ”sketching” method, but i really liked the look of it, and for me, if i can decipher some kind of ”key” to getting the pen to look like something – i’m in.. So I decided to try and do something easy, the way he draws it. I made a search for ”Elephant” on the WordPress reader, and found a lot of stuff. I chose some wonderful elephant-photos by SUSAN PORTNOY and got her persission to use her photos as motif… Now, I’m not that experienced, and I haven’t got a long time to draw each day, so instead of attempting to draw a full scene, i cut out a little section on one of the photos – and I’ve been drawing this drawing for about 1-1½ hours this morning. I actually nearly missed my train!

I’m not 100% happy with the result – although i had a printed copy of one of RIK REIMERT elephants as a reference, his tecnique isn’t so easy to copy.. It also takes a steady hand, and if i were more consistent in the direction og hatch-lines, it would be better.. But ok – it’s propably the prettiest thing i have ever done with a pen, so i suppose it’s progress !

I might draw a larger section, or perhaps a full scene of one of SUSAN PORTNOY‘s photos later on – this has mostly been an excercise in hatching and drawing with a pen, but the photos have a lot to offer in regards og composition and beautiful motifs.

The original photo by Susan Portnoy

0 thoughts on “Elephant! Based on a photo by Susan Portnoy”