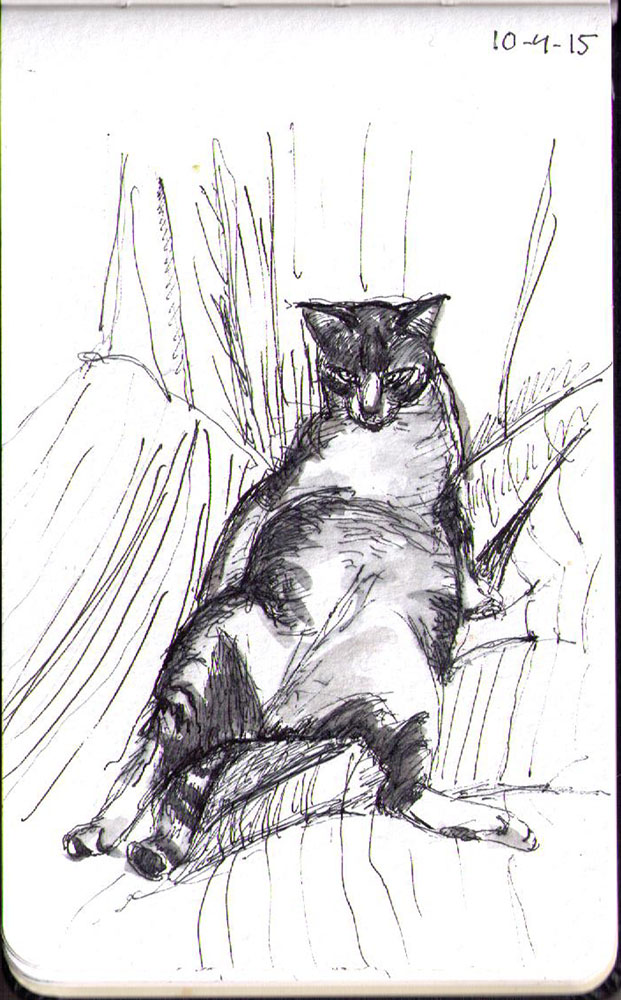 This is another request! The owner of Flynn the cat, from TwoDevonCats asked me to draw Flynn’s signature pose.. which apparently is this very garfield-like pose. Very nice. I somehow can relate to this cat.
Here’s the blog post with the photo of Flynn the very relaxed cat

Due to the perspective, the head gets so much smaller than the rest of the cat, and since I draw in a rather small sketchbook (10x14cm or 4×6″) it’s hard to get the face detailed enough. I don’t think that this cat is recognizable from the face. He also ended up a little grumpy.. But maybe the unusual pose does it? 😉

I tried adding a little india ink with a brush to the darker parts. It’s a little hard to control how dark the ink goes.. Especially because the ballpoint pen i used is not completely water-resistant, so it dissolves a little and makes the whole thing darker. This is all about experimenting and getting better at drawing.

I’m happy to say that I’ve got no less than 6 requests yesterday! The roos from yesterday and now Flynn makes it 4 on my to-do list, so I’ve got something to draw for the weekend. That being said, I’m still very interested in reviving requests!