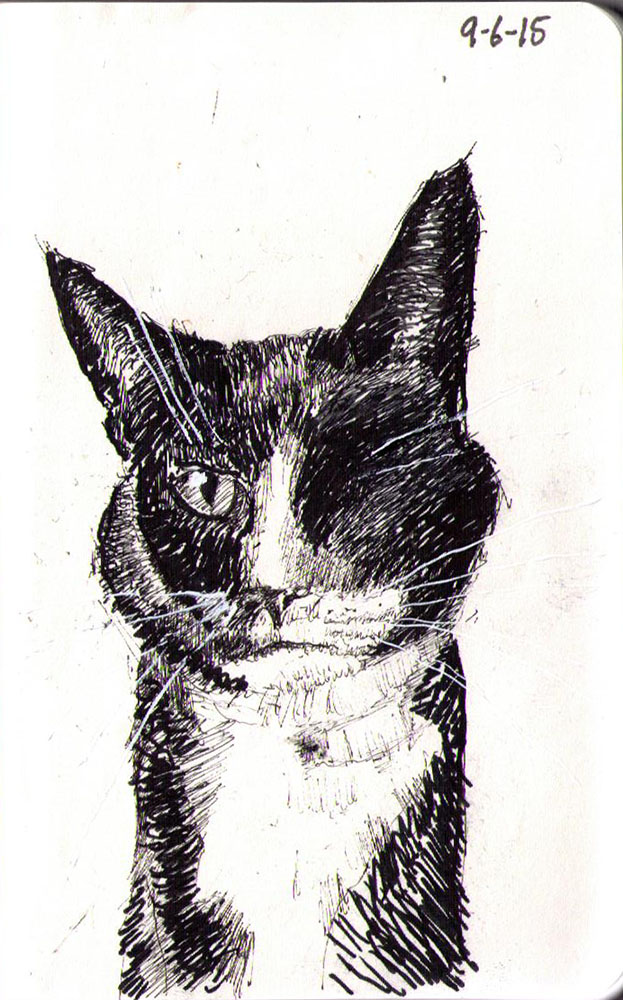 Here’s a drawing of a cat called Holly, missed by her owner.
I used two different ballpoint pens, a little more ink-generous marker and correction fluid for the whiskers and the sparkle in the eye. Next up will be a pencil drawing (if everything goes according to the plan !)
I’m happy about this one! It’s an unusual cat to look at with the shape of the head and the pointy ears and only one eye, and then it’s got this concerned or disapproving expression in its face that i kind of like !
I hope you like it too – I draw almost uniquely cats these days.. That’s what people request, but I just want to point out that if someone has a pet camel or penguin or other kind of animal, they’re very welcome to tweet me a photo as well. @onedrawingdaily at twitter.

@onedrawingdaily This is Holly, who I am missing terribly. I would love a drawing of her. 🙂 pic.twitter.com/04jU4ddr7l

Leave a Reply to The Island Cats Cancel reply