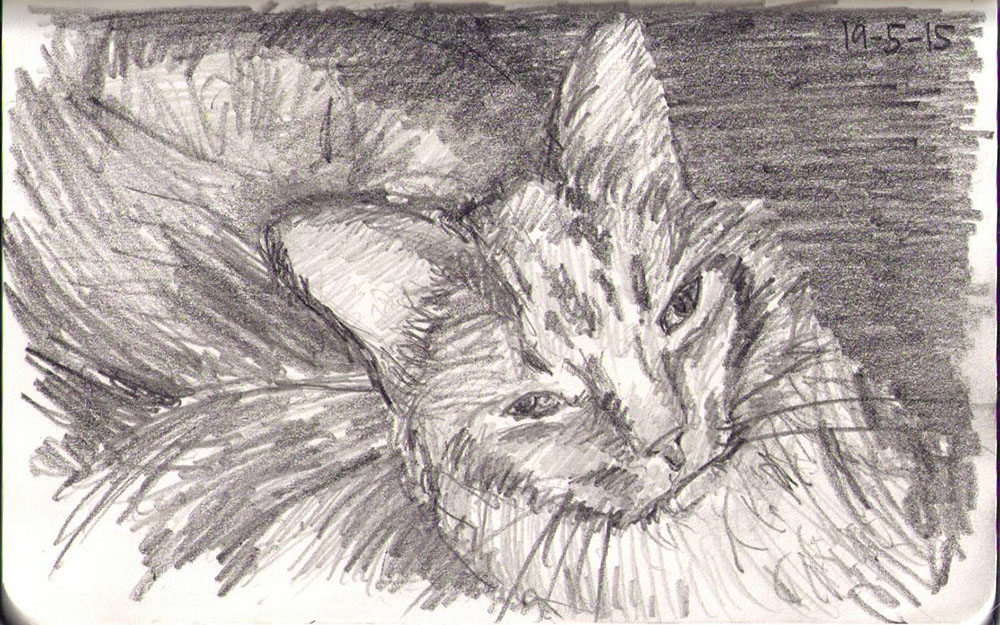 Hi everyone. Today’s drawing is yet another facebook request – this cat is called BearBear (or maybe he’s called Bear and the owner wrote the name two times by mistake?) BearBear is not with us anymore, but lived to be 20 years old!

I’m not sure what I think of this drawing. I decided to draw it in the same angle as in the photo but on second thought, I think the angle is a little too “dynamic”.. A portrait of an old cat should be a little more calm. While drawing it, i kept looking for some areas where i could go darker to create some hierarchy and focus points – I think it works better on the screen than when I had the drawing in front of me now – the eyes seem to be the natural center of attention here. The rest of the cat’s body that the viewer is seeing from above ended up weird and much too big. It isn’t though, and i wonder if i should have just hinted at it with some lighter, thinner lines so as to draw away attention from that area.

There are lots of things to take into consideration in making a drawing! What do you think?

8 thoughts on “Drawing of a cat called BearBear in pencil. What would you suggest for improving this?”