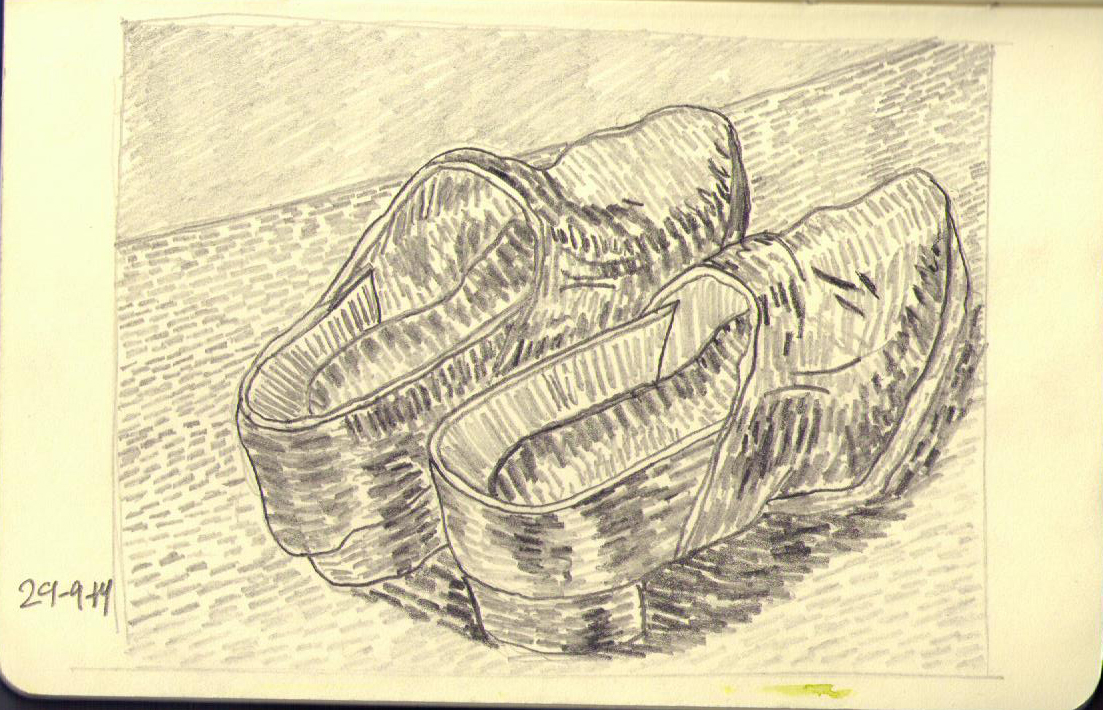 Yup – this is a drawing I copied from the impressionist superhero Vincent Van Gogh.

I didn’t ask the artist’s permission for making this study, but i sincerely hope that he would be OK with it.

I know that his trademark brush-strokes are just that – brush strokes, and that it might be weird mimicking the same with a pencil – but in the spritit of studying the works of others, I just want to explore. I might use the same technique to show you what my own shoes look like later on.

It was “analogrevolutionart” who suggested that i took a look at Van Gogh’s shoe still-lives in this post, so thanks, for the suggestion!

And as usual i’m late for my train. Gotta run! Thanks for reading!