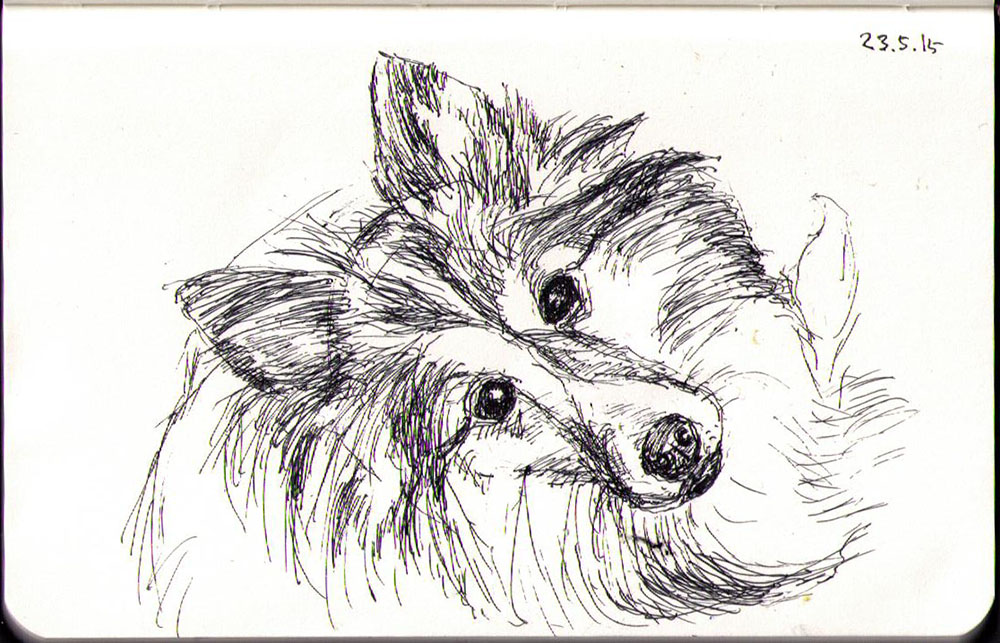 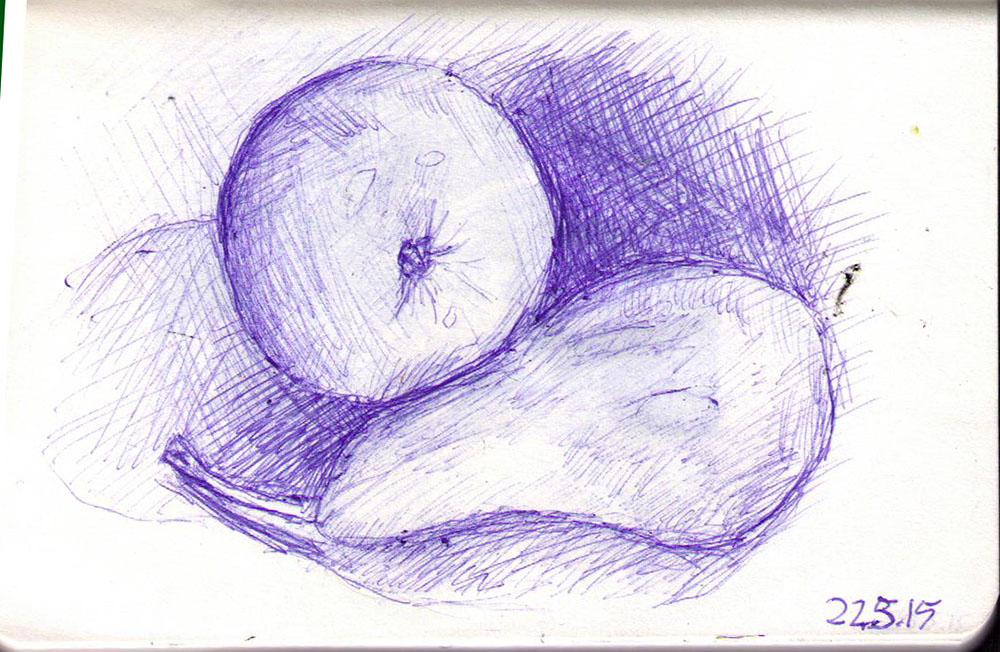 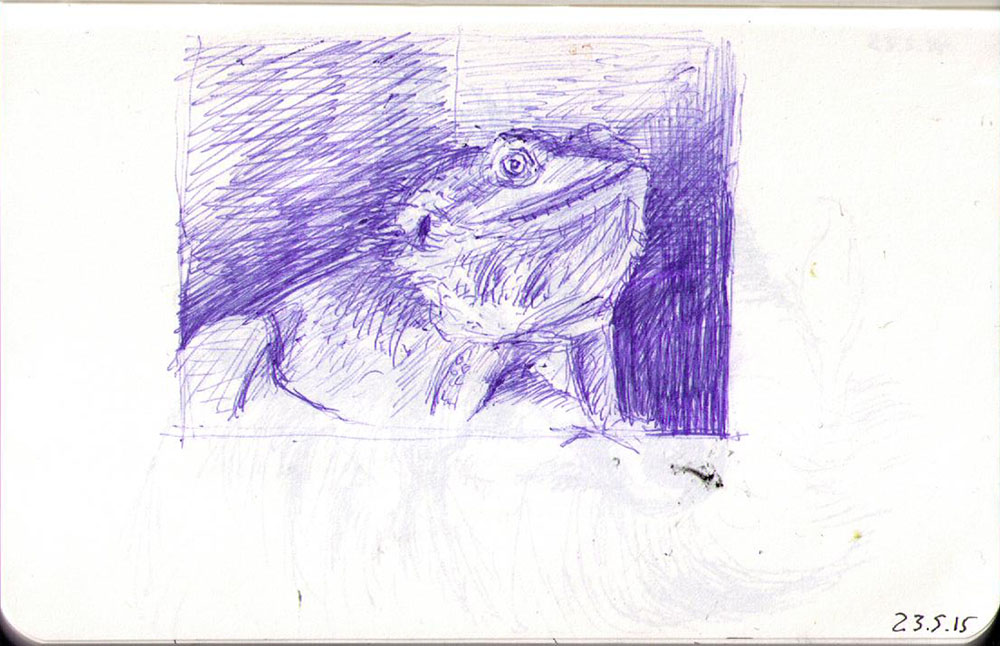 Hi!
Yesterday was my night shift day, and the morning after, we had stuff to do, so now after having slept early in the evening, I’m up late at night! What a mess!
I did the first drawing on the list while waiting to begin my night shift. It’s a pear and an apple. I had forgotten my pen at home, so I had to do it with one of the cheap ballpoint “bic” pens that we use at work. I’ve seen people work wonders with these things, which just goes to prove that you don’t need to invest en expensive equipment in order to draw, like it’s the case with other hobbies. This low-cost ballpoint pen draws with a fat line when you push hard, and can make really faint and light tonalities if you incline it and push lightly… A no-nonsense drawing tool.. And then it’s blue. For my part, I probably still need a little experimenting with it.
The second drawing is from a Twitter request – it’s of a lizard (I’m not sure what kind) called Draco. People mostly request that I draw their cats, so it was nice to get the opportunity to draw something a little more exotic.. Being very tired, and having to draw it from my phone’s screen didn’t make for a very nice drawing, though… I also ask myself why I drew it so small.

Lastly is a drawing of a dog, that someone on facebook requested that i do. If the eyes had been better, I think I’d be OK with the drawing, but I don’t think they work so well..

14 thoughts on “A long day and three mediocre drawings”