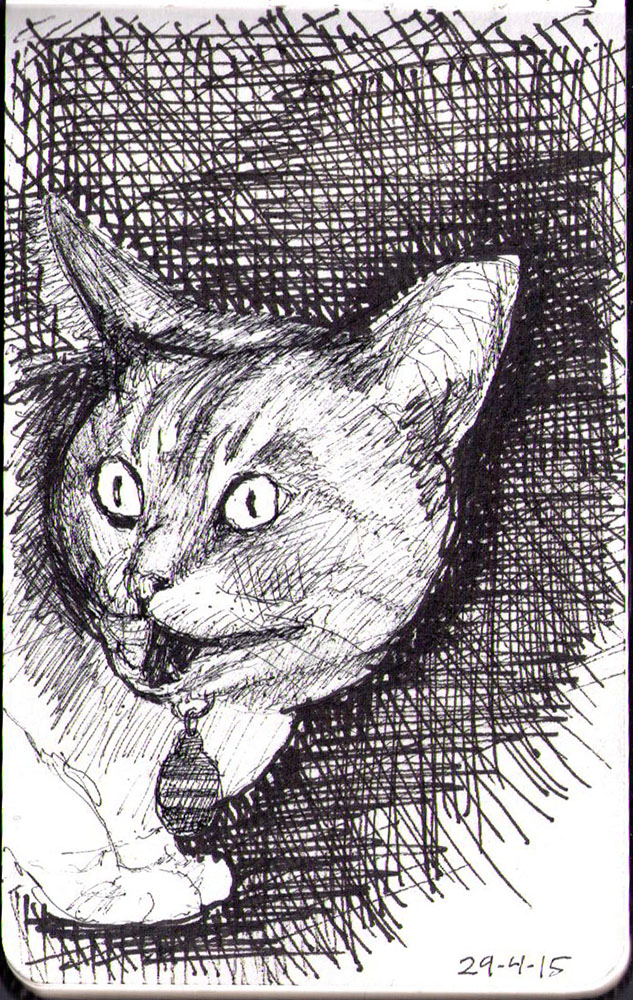 This is a request i got on from my facebook-drawing-draw – The requester is the blog and cat-owner from Bad Cat Chris – he also has a facebook page that you can follow. This cat, despite the name of the blog and the facebook page, is called Frankie, and in the reference photo, he’s in a not-so-cooporative mood after having graciously been permitted some outside time by his owners. He’s hiding under a car.

I chose the photo because of the pose and the cat’s expression. Like yesterday’s cat-drawing, I had some difficulties with the proportions but I think I corrected most of it. There still might be some problems with the shape of the head and the detailing of the mouth. For the background, like yesterday, I brought out my fat rotring ballpoint pen, that I’ve had In my pencil case since 2009! It’s nice to rediscover things in that way.. Back when I started architecture school I bought some stuff that I thought that I would need for sketching, and then after figuring out that I didn’t know how to use them, they sort of just stayed away hidden for some time.. I’m surprised it hasn’t dried out.

This was my 469th drawing

13 thoughts on “A cat called Frankie who doesn’t wan’t to come out from under the car. Drawing in ballpoint pen.”