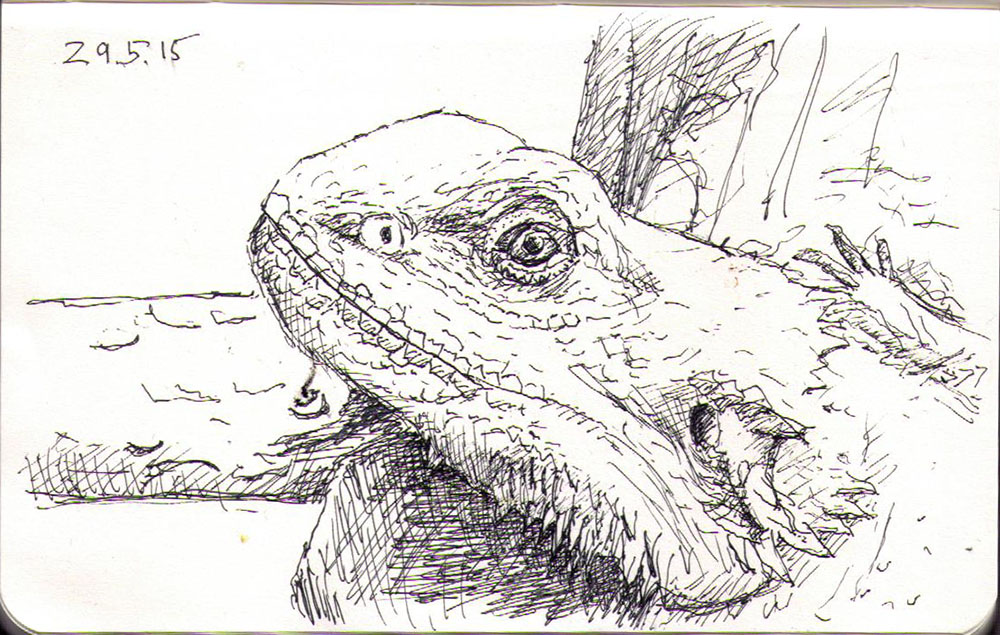 This is Shirley, a bearded dragon. I did another bearded dragon a week ago – One that I wasn’t too happy with. This one I think is better. I haven’t yet become used to drawing fur, and drawing scales seems to be yet another way of thinking!
I love these guys! They really remind me of jungles, volcanoes, dinosaurs and other cool stuff like that. I’ve heard that many kinds of lizards like this haven’t evolved much since their heyday on the planet millions of years ago.. It’s just really, really well designed, so there has been no need to adapt.. Like an Italian mocha-maker. I don’t know why, but this really makes me appreciate things!

This was yet another twitter request – I’ve got a very long list that I pick entries from randomly each day. The list grows faster than I can draw, so I’ll just have to accept the fact that I Can’t draw them all. Maybe when the summer holidays arrive, I can eat a chunk out of that list, but I imagine that it’ll be expected of me that I do other things than draw 24/7 😉

10 thoughts on “A bearded dragon called Shirley in ballpoint pen”