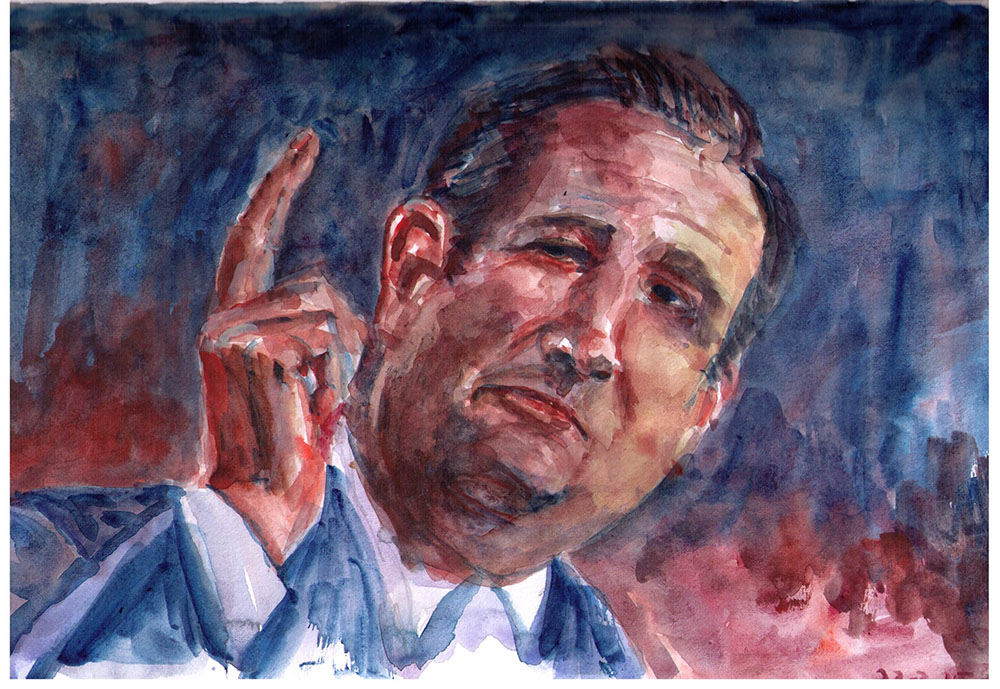 This is Ted Cruz – a newly announced candidate for the US 2016 elections – he’s republican and apparently “tea party” republican. He likely eats innocent kittens for breakfast and gives his grandchildren pink automatic rifles for Christmas. (sorry if i offend somebody on regards to their “freedom”).

Anyway – I just wanted to paint the guy. No particular reason.

He’s not part of my “Rulers of the World” series.. But maybe he will be.. Who knows, maybe he’ll invade my country?

I think the painting turned out pretty well.. The hand was a little difficult. Maybe because my initial pencil-drawing was extremely rough and didn’t look like much.

Check my other politician portraits

And here’s the original

13 thoughts on “410 Portrait of Ted Cruz in watercolors”