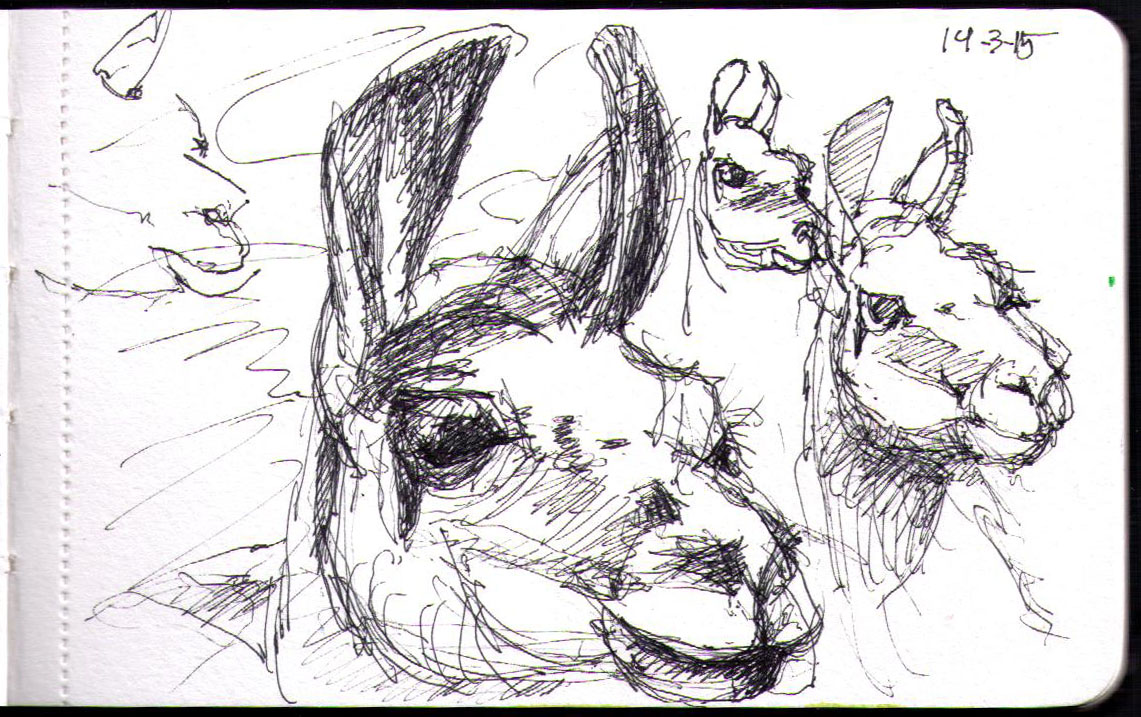 These are Llamas (I’m pretty sure that’s what they are)
I found the photo on Charles D’s Photography blog – He’s made some nice llama pictures in the zoo!
These were quick sketches. The proportions are off –  i did the big one first. Started with the ears and realized that the rest of the head was too big to fit on the page. What to do? I think I ended up squeezing the thing a bit. The second largest one was a bonus that I did even quicker. I liked the result although it wasn’t too true to the reference, and then I tried to do two more.. even smaller, with even less effort put in.. And i found the limits of how little effort you can put in and having it look like something. I’m really really getting into sketching with that ballpoint pen..

6 thoughts on “391 llamas in Gdansk – Ink drawing with ballpoint pen after photo by Charles D.”