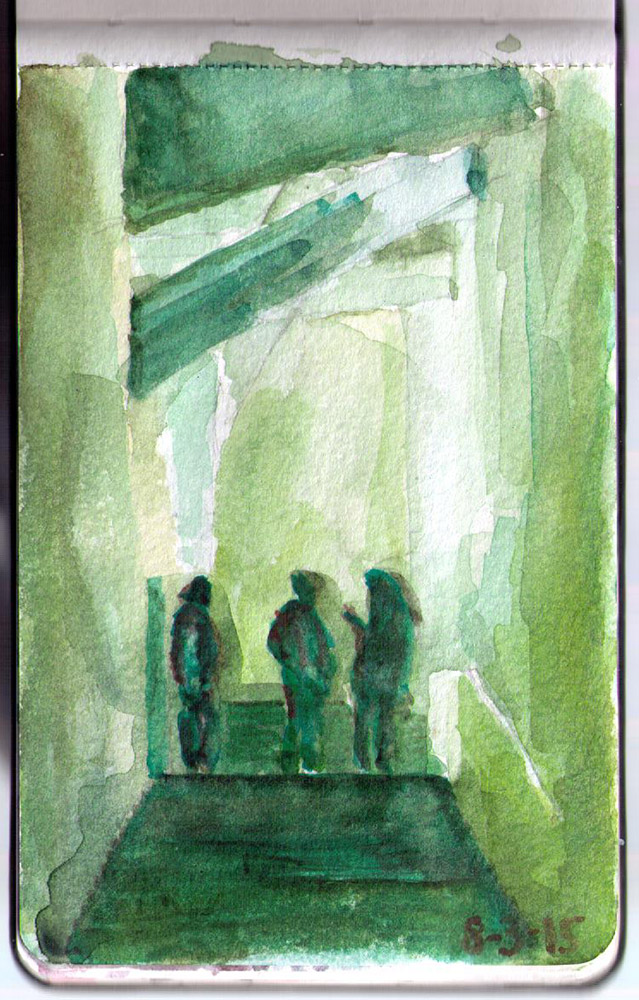 I did this after a photo that I have taken in the Jewish Museum in Berlin (well, I would imagine that we’re at least thousands of people having taken the same photo – nothing original about that)
It’s not really green, but my photo turned out almost monochrome, so i decided to pick a color. I think the light/shade works okay in this one. People are quite hard to paint or draw in a simple manner. If i want to do a simple abstraction, they somehow end up looking like little penguins. I have the same problem when i do cars. Little penguins.

The Jewish Museum in Berlin is a must-see if you’re there. It’s probably the break-through design of the architect Daniel Liebeskind, and he certainly succeeded in making a symbolic, sculptural building that seems to play with peoples emotions with its architectural vocabulary.

6 thoughts on “382 Stairs in the Jewish Museum in Berlin”